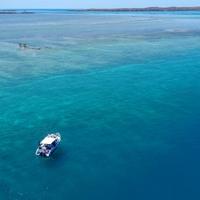 New research has confirmed that corals reefs along the Kimberley coastline will not recover quickly from an extreme event such as mass coral bleaching, unless local populations survive.

The study published in Evolutionary Applications, reveals that Kimberley corals live in genetically related neighbourhoods of less than 35 kilometres and are unlikely to recruit larvae from outside this neighbourhood.

Two types of coral were sampled: the broadcast spawning coral Acropora aspera and the brooding coral Isopora brueggemanni across the inter-archipelago (tens to hundreds of kilometres), inter-reef (kilometres to tens of kilometres) and within-reef (tens of metres to a few kilometres).

The research is the result of a national collaboration between researchers from the Australian Institute of Marine Science (AIMS), CSIRO, Curtin University, the WA Museum and  the Bardi Jawi Rangers as part of the Western Australian Marine Science Institution’s Kimberley Marine Research Program.

Lead author Dr Jim Underwood (AIMS) said the study provides a valuable insight into how to protect the ecosystems from local human pressures such as overfishing and pollution in Marine Protected Areas and Indigenous Protected Areas.

“To do this well, we need to know where and how far coral larvae move in the ocean currents after they are spawned and before they settle down as recruits,” Dr Underwood said. “This helps us to understand where the next generation of young corals will come from so we can look to keeping the sources healthy.”

The key finding from the study is that most coral larvae do not move more than 35 kilometres from their home reef, and shows that locally produced recruits drive replenishment.

Unlike continuous reef systems such as the Great Barrier Reef, most systems in Australia’s North West are extremely isolated with low “connectivity” between local coral populations and larvae from distant sources via ocean currents.

“This means recovery after disturbance will rarely be supplemented through the input of larvae produced far away,” Dr Underwood said.

Co-author and project leader Dr Oliver Berry (CSIRO) said they also found that corals of the Dampier Peninsula and Buccaneer Archipelago are genetically diverse and different from other regions, and therefore require special custodianship.

“The study is a great example of how new technologies like DNA sequencing can reveal information about the movement of corals without having to observe them,” Dr Berry said.

The study recommends networks of marine reserves that effectively protect reefs from local pressures should be spaced within a few tens of kilometres to conserve the existing patterns of demographic and genetic connectivity.

This article was originally published by the Australian Institute of Marine Science. Read the original article. 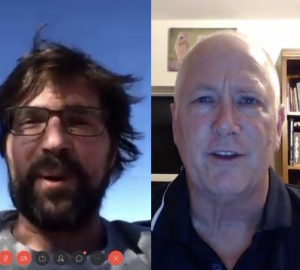 The United States Consulate General Perth in partnership with the Western Australian Marine Science Institution (WAMSI) celebrated World Oceans Day 2020 this week by hosting a virtual conversation with world-leading ocean scientists who have been at the forefront of collaborations between the U.S. and Australia on Blue Carbon research.

The conversation on Monday 8 June was moderated by U.S. Consul General David J. Gainer and featured : 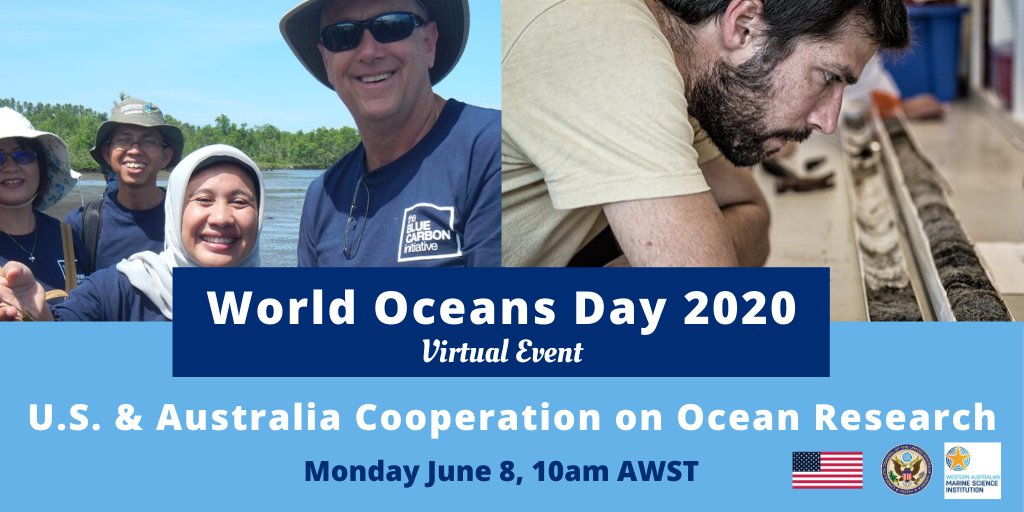 Professor Jim Fourqurean and Dr Oscar Serrano played a crucial role in establishing successful collaborations between Australia and the United States in the field of Blue Carbon. As a direct result, they have published a number of papers in top scientific journals over the last decade, which have had significant impact in the research community and in the media.

Professor Jim Fourqurean is a marine and estuarine ecologist with a special interest in benthic plant communities and nutrient biogeochemistry. He received his undergraduate and graduate training in the Department of Environmental Sciences at the University of Virginia, where he became familiar with the Chesapeake Bay and its benthic communities.

He developed a love of tropical ecosystems while doing his dissertation research in Florida Bay. After a post doc at San Francisco State studying planktonic processes in Tomales Bay, California, he was recruited to return to south Florida to join a new research group at the then-newest research university in the USA, Florida International University (FIU).

He has been at FIU since 1993, where he is now Professor of Biological Sciences and the Director of the Center for Coastal Oceans Research in the Institute for Water and Environment. Since 2011, he has also held an adjunct appointment at The University of Western Australia.

For the past three decades, his main research areas have been in the seagrass environments of south Florida, but he has also worked in coastal environments around the Gulf of Mexico, in Australia, Indonesia, Mexico, Panama, Bahamas, Bermuda, the United Arab Emirates and the western Mediterranean. He is the lead scientist and overall manager of FIU’s Aquarius Reef Base, the world’s only saturation diving habitat and laboratory for research, education and outreach.

His global leadership in coastal oceans research was recently recognised when he was elected President of the Coastal and Estuarine Research Federation, the world’s leading body of scientists who study coastal issues.

Dr Oscar Serrano has over 15 years research experience in marine ecology and palaeoecology, chemistry and in marine biogeochemical cycles. After completing his PhD in 2011, he started working as a postdoctoral research fellow at Edith Cowan University and The University of Western Australia (from 2012 until present) in multi-institutional projects.

His research focuses on Blue Carbon and climate-human-landscape interactions during the Holocene, through the study of coastal environmental archives. 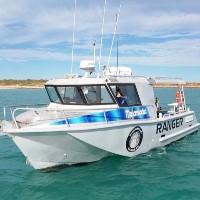 Dambimangari are the Care takers for the Warrorra people and their country. The country starts around a place called Cone Bay which is on the north side of the King Sound and finishes way up in the Prince Regent river. It includes places like the Buccaneer Archipelago, Talbot Bay, Montgomery Reef and the George water to name a few places.

Over the recent months Dambimangari Aboriginal Corporation (DAC) has been refitting the ranger/research vessel Manambadda to get ready for their own inhouse work and to supply a service to help researchers access Dambi country and for the Traditional Owners to maintain a connection to Country.

This vessel has been a long time in the making and the ranger team has put a huge amount of time into making the vessel work for the remoteness. With having a team of fully qualified skippers and crew that are mainly Warrorra people this project has a huge amount of excitement surrounding it.

The vessel is a 9.3 metre Air Rider powered by twin 325HP Suzuki outboards.

“It has a great range and can operate out on Dambi country for weeks without having to return to Derby for supplies but is small enough to hire for short periods of time,” DAC Marine Operations Officer Mitchell Castellarin explained. “We have a range of inhouse Dambi work to carry out throughout the season but the ranger team is looking for new contracts to help them manage the country they love. In future we hope that all research that is carried out on Dambi country can be done with the rangers.” 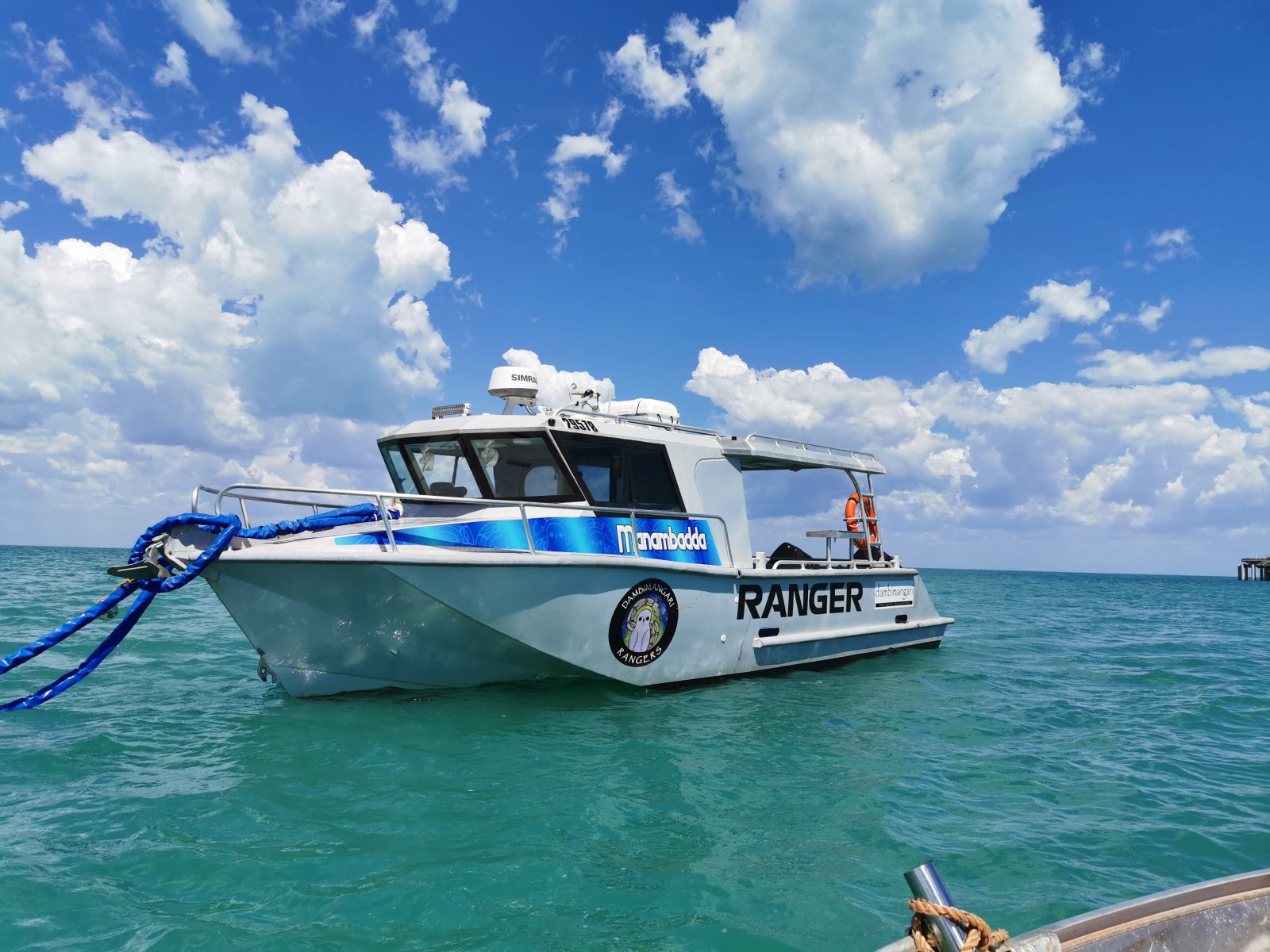 An innovative new assessment process has confirmed the iconic Shark Bay World Heritage property in Western Australia is highly vulnerable to the impacts of climate change.

The assessment indicates that the 23,000-square-kilometre Shark Bay property, on the westernmost point of the Australian continent, is at great risk to potential impacts of three key climate stressors – air temperature change, storm intensity and frequency, and extreme marine heat events – by 2050, with a low capacity for the system to adapt to climate change.

The Shark Bay World Heritage Advisory Committee took the opportunity to pilot the assessment process to fast track an environmental risk assessment on the property. The results will contribute to a Science Plan for the region being developed by the Western Australian Marine Science Institution (WAMSI).

“This assessment will form part of our review of the existing knowledge about Shark Bay and will help us to prioritise research in a comprehensive Science Plan,” Dr Shaw said.

The assessment also considered the economic dependence of key business types on the property, the local population’s connection with the property, and the levels of adaptive capacity.

“The CVI process showed the effects of climate change will have a high degree of impact on the Shark Bay community both socially and economically,” Dr Heron said.

“Around 100,000 tourists visit the Site each year to interact with turtles, dugongs and dolphins, and visit the world’s most extensive population of stromatolites which are representative of organisms that date back billions of years,” Chair of the Shark Bay World Heritage Advisory Committee Phil Scott said. “Commercial and recreational fishing is also extremely important for the local and state economy, so this assessment helps us to better understand just how vulnerable Shark Bay is.”

Shark Bay, known by the Malgana Traditional Owners as Gatharragudu (two bays), is one of the nation’s 19 unique properties inscribed on the World Heritage List, along with iconic landmarks such as Uluru-Kata Tjuta, Kakadu, and the Great Barrier Reef. It is one of only four marine sites in the world that meets all four natural criteria for World Heritage listing.

Local experts and representatives from the community, management agencies and academic institutions contributed to two workshops through the CVI process (Denham, September 2018 and Perth, June 2019). The final report has been produced by the Shark Bay World Heritage Advisory Committee and WAMSI.

The CVI has now been applied and tested in other World Heritage properties including a cultural site in the Orkney Islands, Scotland and the Wadden Sea, a tri-national property (Germany, Netherlands and Denmark).

The Shark Bay CVI report is available at www.wamsi.org.au/cvi-shark-bay