You are here: Home1 / About2 / Governance

WAMSI’s governance structure includes at its highest level, an independent Governing Board for strategic oversight of all programs and operations.

Executive support and all day-to-day operations, finances and program development are managed by a Secretariat at WAMSI, led by the CEO.

The Board approves all research programs and projects. A rigorous system of reporting and accountability is embedded in the research agreements. Quality control is maintained through the Committees of the Board, internal processes of the research providers, through periodic reviews of research program results and through rigorous and well-established peer-review processes for publication in scientific journals. 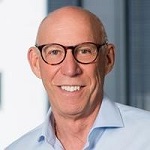 Non-executive board director and strategic consultant

Dr Vogel is chair of the national Cooperative Research Centre for Contamination Assessment and Remediation of the Environment and is a member of the Australian Institute of Company Directors. He was appointed to the Northern Territory (NT) EPA in January 2016 and became Chairman of the NT EPA and a member of the NT Planning Commission in November 2016.  Dr Vogel holds a PhD in chemistry from The University of Western Australia.

WAMSI Board member since 2022

Andrew Dolling is the Executive Director, Science and Innovation at the Department of Jobs, Tourism, Science and Innovation. In this role, Andrew works collaboratively with industry, government, and research and innovation entities, to enhance the State’s scientific and innovation capability and performance in order to support a strong, sustainable and diversified economy, create jobs and improve the long term wellbeing of Western Australians. Previously, Andrew was the Director of Economic Policy at the Department of Treasury between 2017-2022, and immediately prior to that Director of Economic Reform at the Department of Finance.

Before joining the Western Australian Government, Andrew worked with the Victorian Department of Primary Industries as Director of Forestry Industries Policy, and Director of Natural Resources, Water and Climate Change Policy. He also spent 12 years as an economist with the Productivity Commission working on a range of inquiries, GTE reviews and working in the Office of Regulation Review (now the Office of Best Practice Regulation and separate to the Productivity Commission). Andrew also has experience in the finance and accounting sector having worked for MLC, PriceWaterhouse and in his own business. He has a Master of Science in Environmental Change and Management from Oxford University, and Bachelor of Economics Honours from Monash University. He is a Member of the Australian Institute of Company Directors and Finance Brokers Association of Australia. 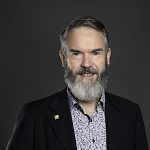 Ian worked as the Science Director for the CSIRO Wealth from Oceans Flagship and most recently led CSIRO’s terrestrial biodiversity and freshwater ecology science program focused on the management and protection of Australia’s biological resources, while also contributing to broader economic and social benefit. He also championed the development of Indigenous-led science in CSIRO. He maintains an ongoing research interest in multiple-use management and coastal systems. 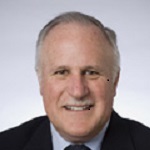 Rod Lukatelich’s career has spanned academia, environmental consulting and industrial environmental management. As a lecturer/research officer (1982–89) at the Centre for Water Research at The University of Western Australia his research included studies on the impacts of eutrophication on algae and seagrasses in lakes and estuaries; development of ecological models; and the relationships between hydrodynamics and water quality in reservoirs, rivers and estuaries. In 1989 Rod joined Kinhill Engineers as Senior Aquatic Ecologist and in 1990 joined BP Refinery Kwinana as Environmental Manager.

Rod has broad experience in regulatory systems, having completed major contaminated site remediation projects in Asia, Europe, the Americas and the Middle East. He retired from BP in 2014 and now works part time as an environmental consultant. He has published more than 50 refereed papers and book chapters in environmental science. He has been a director of CRC CARE since its inception and director of Perth Racing since 2017. He is a member of CSIRO’s Oceans and Atmosphere Strategic Advisory Committee. He chaired the Great Australian Bight Research Program Management Committee and was a member of the Environmental Protection Authority of WA (2009–14). Rod was appointed to the Northern Territory Environmental Protection Authority in January 2019. 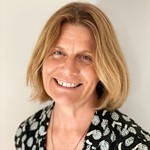 WAMSI Board member since May 2021

Libby Howitt has a research background in marine benthic ecology and a working history of applying marine science to the assessment of human activities in the marine environment. Libby has worked most extensively within the oil and gas industry, instigating and leading research programs addressing the challenges of exploring, developing, operating and decommissioning offshore petroleum facilities in proximity to environmentally sensitive areas while engaging with a broad range of stakeholders, marine users, marine managers and regulatory authorities. Libby has previously held positions with Santos Energy Ltd (Environment Specialist, Environment Manager and Principal Environmental Advisor over 24 years), as a marine scientist with The Ecology Lab and as a research assistant at the University of Sydney and the Australian Museum, working in tropical and temperate marine environments. She is now working as an Environmental Consultant. 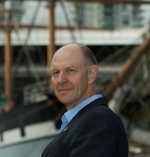 WAMSI Board member since November 2022

David has worked his entire career at Austral Fisheries and its predecessors. After graduating from Melbourne University in 1978 with a Marine Science degree, David’s first job was as a deckhand on a prawn trawler off the coast of Darwin. This was the beginning of what has been a 44-year career in the fishing industry.

David has a strong commitment to sustainable, science-based fisheries management. He has helped numerous fisheries achieve sustainability certifications with the Marine Stewardship Council; campaigned and battled against Patagonian toothfish poachers to completely eradicate them from Australian toothfish fisheries; collaborated with NGOs such as WWF to improve global seafood sustainability standards, and in 2016, led Austral Fisheries to become the first carbon neutral seafood company in the world.

David was inducted into the National Seafood Industry Hall of Fame in 2012, and in 2020 he received the Marine Stewardship Council’s Lifetime Achievement award. 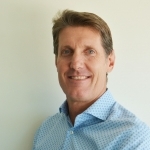 Luke is chief executive of the Western Australian Marine Science Institution and has been leading WAMSI’s strategic research programs and initiatives since 2017. He is a phytoplankton ecologist with experience across the fields of environmental impact assessment, management, research and teaching in estuarine, nearshore and offshore environments, both in Australia and internationally.

As chief executive, Luke’s primary role is to drive planning for the long-term future of WAMSI and implement a strategic marine science approach for WAMSI and its partners to deliver strategic multi-disciplinary marine research programs across Western Australia. He has overseen the completion of major WAMSI science programs, including the Kimberley Marine Research Program and the landmark Dredging Science Node, and provided strategic advice to government on Exmouth Gulf’s environment, which led to the Minister for Environment’s announcement of a new marine park. Currently, he is delivering a major collaborative science program on the marine environment at Cockburn Sound in partnership with Westport and a comprehensive science plan for Shark Bay.

He holds a Doctor of Philosophy and Bachelor of Science, Honours (Class 1) from Curtin University and is a graduate of the Australian Institute of Company Directors.