The practical guideline aims to ensure that approaches taken in setting up and executing models are more consistent and improve confidence in decision making by environmental regulators that will also lead to reduced management costs for major dredging programs.

The Guideline on dredge plume modelling for environmental impact assessment takes into consideration the findings of five years of intensive studies through the Western Australian Marine Science Institution’s Dredging Science Node to help predict the intensity and extent of potential impacts on marine habitats from dredge-related pressures.

“Large-scale dredging campaigns that typically require the excavation of millions of tonnes of soil or rock material from the seabed are essential components of major port construction and deepening projects,” Dr Sun said. “Dredging activities suspend sediment into the water and some of these sediments are then kept in suspension by coastal currents as they are carried downstream, resulting in horizontally spreading dredge plumes. The suspended sediment content in these plumes can reduce the amount of light reaching the seabed. In areas where currents (bed stresses) are low, the plume sediments are no longer able to remain in suspension, and bed deposition occurs. These are two examples of dredging-induced environmental pressures that may induce potentially widespread ecological impacts in sensitive seabed marine communities including coral, seagrass and sponges.”

To date, debates and inconsistencies in how the modelling is undertaken for environmental impact assessment (EIA) have been driven by a lack of standardised methods for predicting dredge plume dispersion and the potential effects on the environment.

The CSIRO guideline focusses on establishing a consistent and sound approach to the modelling of dredge plumes for predicting the pressure fields when seeking EIA approval.

“This will help improve the quality and robustness of decisions by environmental regulators and proponents by providing recommendations on modelling strategies and addressing specific issues around modelling,” Dr Sun said.

Dr Paul Branson, who led the modelling and analysis that contributed to the guideline, hopes that important model design decisions can be informed by the advice given.

“It is important that the site specific circulation and sediment transport processes are considered within a framework that objectively guides the development of a modelling strategy that captures the key physical processes that govern the plume spreading, settlement and resuspension,” Dr Branson said.

“Source terms are an essential input to dredge plume models and can vary significantly from one dredging operation to another,” Dr Mills said. 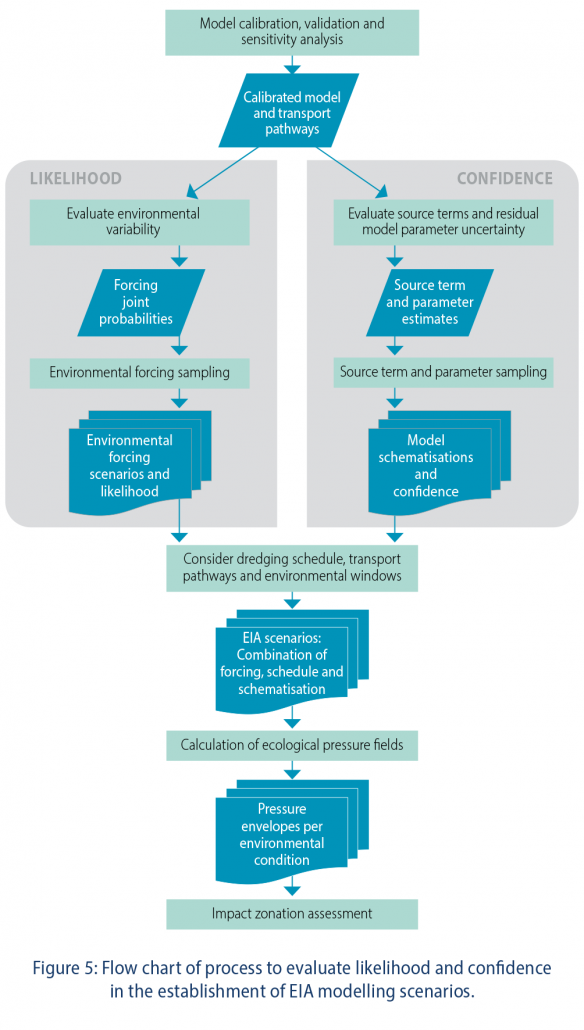 The Guideline strongly recommends establishing a public database to support dredge plume modelling and that all relevant data be made available. The database would greatly improve the availability of reference information at the EIA stage, assisting both those responsible for the EIA preparation and those responsible for interpreting and approving the dredge activity.

The CSIRO dredge plume modelling guideline is intended as a point of reference rather than a rigid standard. It’s hoped it will provide increased confidence in modelling outcomes, leading to a reduction in the monitoring and management burden required by regulators and increased transparency and public confidence in the EIA process.

The Guideline and Fact Sheet are available HERE

Scientists throughout WA and the world have been rallying to raise the alarm about the demise of this unique environment and popular tourist destination (800 kilometres north of Perth), which has been experiencing environmental changes more rapidly since a marine heatwave in 2011.

A project led by the University of Western Australia (UWA) Professor Gary Kendrick has been awarded $517,000 over three years to continue research to test whether seagrass ecosystems can be safeguarded from climate change impacts by improving genetic connectivity in heatwave affected areas using innovative genetic rescue approaches.

“The project will generate new knowledge on how seagrasses can adapt and survive in situ,” Professor Kendrick said. “We expect to be able to improve conservation, management and restoration practices for seagrass meadows. This should provide significant benefits for long-term resilience of this economically and culturally significant ecosystem.”

Another ARC funded project will test the ecosystem resilience of the Shark Bay World Heritage Site to projected climate change. The research, led by UWA Dr Matthew Fraser, received a $324,000 ARC Linkage grant in addition to $90,000 in cash and $359,400 in-kind from partner organisations: Bush Heritage Australia; and Department of Biodiversity Conservation and Attractions.

“This project will generate new knowledge for marine conservation through analyses of habitat loss on nutrient budgets and productivity in seagrass and stromatolite ecosystems,” Dr Fraser said. “This research will improve our understanding of climate-driven shifts on ecosystem processes in Shark Bay, incorporating science-based evidence for better conservation and management. This will contribute to future-proofing Shark Bay’s World Heritage values, and more broadly demonstrate the consequences of the continued tropicalisation of Australia’s coastline.

Both projects will feed into a comprehensive plan to respond to environmental pressures facing the Shark Bay World Heritage site led by the Western Australian Marine Science Institution.

This short documentary film tells the story of two-way learning between scientists and the Bardi Jawi Rangers who have been monitoring the fish and coral reef to manage the health of sea country on the Dampier Peninsula.

This two-way learning started 10 years ago with the Western Australian Marine Science Institution’s (WAMSI) Kimberley Marine Research Program (2012-2018) to develop an understanding of how fish, coral and seagrasses sustain the health of the Kimberley marine ecosystem.

When researchers from the Australian Institute of Marine Science returned to Country with some of the results, they found the rangers had a few questions of their own that they wanted answered.

A monitoring program was developed and what we have filmed is a field trip for the Bardi Jawi/ Bardi Jawi Oorany rangers and the Australian Institute of Marine Science monitoring partnership in August 2020.

The Rangers tell their story of working with scientists to monitor the health of their sea country.

Filmed and edited by Sam Frederick