Notes: It’s Station 12 today! We have passed the Tropic of Capricorn. Welcome to the Tropics!

This voyage (IN2019_V03) on the RV Investigator will traverse and sample one of the most poorly understood regions of the world’s oceans along110°East in the south-east Indian Ocean. An important goal of this IIOE-2 voyage is to characterise the physical, chemical and biological properties of the waters and determine how they change from the temperate waters at the southern most stations to the northern most stations in the tropics. In particular, how do the species composition and biomass of microscopic planktonic organisms vary along this 110°East meridian transect and how do ocean currents, nutrient concentrations and the availability of light in the ocean drive this variability?

Aboard RV Investigator, Prof Raleigh Hood aims to use many of the variables collected along the 110°East meridian to develop biogeochemical models of the south-east Indian Ocean. Photo: Micheline Jenner AM. 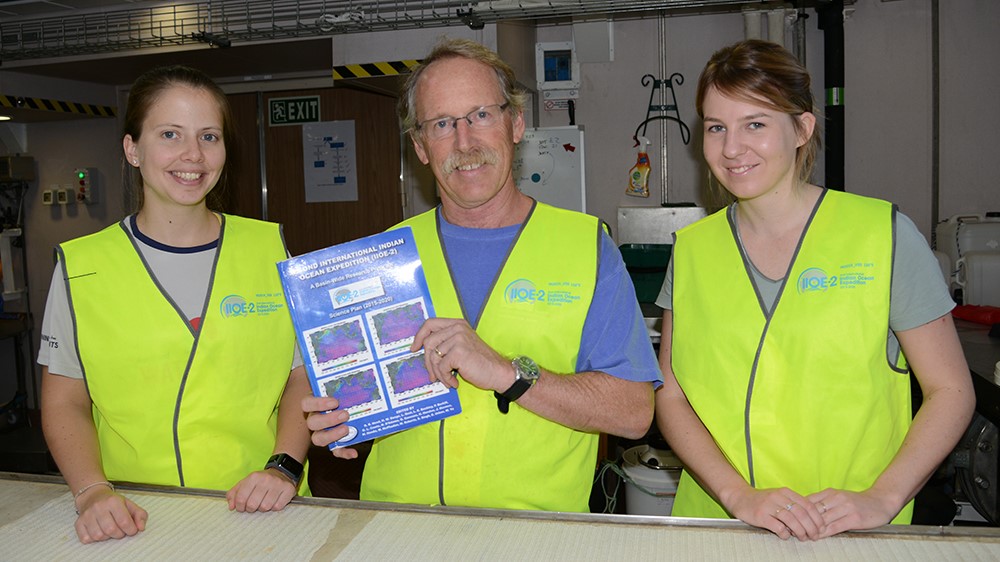 Prof Raleigh Hood (University of Maryland Center for Environmental Science), lead author of the second International Indian Ocean Expedition Science Plan explains the content to Aimee van de Reis (PhD student University of Auckland), at left and Danielle Hodgkinson (Murdoch University) at right. The Science Plan has six research themes and the voyage along 110°East is contributing to several of these. Photo: Micheline Jenner AM.

Characterising these patterns is important for developing computer models that simulate the circulation and biogeochemistry of the Indian Ocean. They also serve to effectively test if existing models are correct. Once we have established that our models can simulate the present day Indian Ocean, we can use them to ascertain how much it might change in the future, as a result of the impacts of humans. We know that increasing atmospheric carbon dioxide concentrations and global warming are having significant effects in the Indian Ocean, including higher water temperatures, more dissolved carbon dioxide and lowering of pH (ocean acidification). Our validated models will allow us to predict how these properties might change in fifty years, or even a century into the future, and how these alterations might impact the Indian Ocean food web. 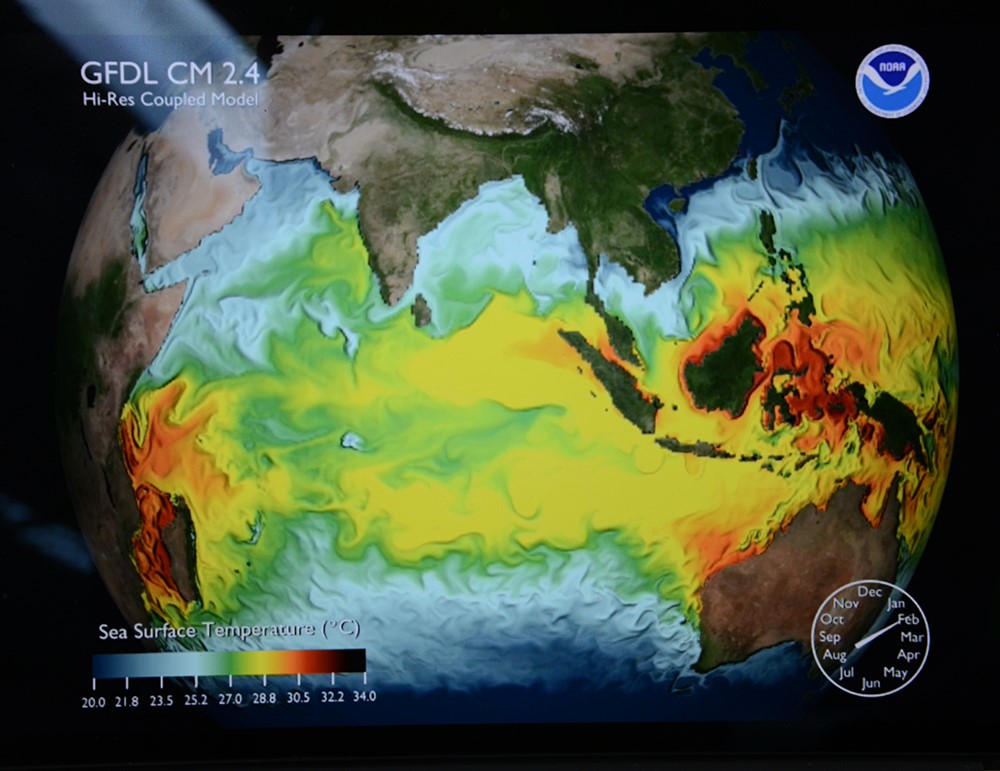 An example of an existing oceanographic model for the Indian Ocean that shows the sea surface temperature of the ocean during February. Source: NOAA.