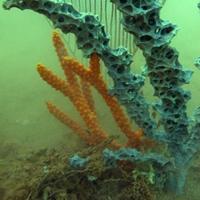 The enigmatic body shape of a tropical whip sponge collected in Western Australia has resulted in the creation of a new family and genus of sponges.

The species was first described from Indonesia as Dendrilla lacunosa by Hentschel in 1912 and 100 years later found in abundance in the Pilbara and Kimberley regions of Western Australia during fieldwork for the Western Australian Marine Science Institution’s (WAMSI) Dredging Science Node project focussing on filter feeders.

This is where the puzzle begins.

Although the Western Australian specimens were identified as Dendrilla lacunosa by Dr Jane Fromont, sponge taxonomist at the Western Australian Museum (WAM), its large, whip-like morphology was extremely unusual for  Dendrilla sponges, which are usually small and delicate, so Jane decided to enlist the help of an international team to discover if this really was a Dendrilla or not.

It turns out Jane’s initial hunch that this was a strange sponge was true. With her international colleagues Drs Jean Vacelet (France), Dirk Erpenbeck and Hermann Erhlich (Germany) and Cristina Diaz (USA), a new family of sponges has been established. The new family, Ernstillidae, and the new genus Ernstilla are named for Ernst Hentschel who originally described the species.

It took some excellent sleuthing to discover where this sponge species really belongs. Molecular results placed it far away from other Dendrilla species, in fact in a different subclass! Analysis of its skeleton, which was found to contain chitin, confirmed that this sponge belonged in a different subclass and was not Dendrilla. However, some of its characters are unusual, such as the shape of its filtering chambers and the branching nature of its skeleton, so much so that it did not fit into any family or genus currently known, hence the new names.

New species of sponges are described after exhaustive research to be absolutely certain they are new, and many more sponges await new species descriptions, but it is far less common to find a new family or genus. Only the team work of international experts could have resolved this enigma.

To give context to the change of taxonomic position of this sponge from one subclass to another, the shift is comparable to humans (Homo sapiens) being taken out of the subclass Placentalia where all Primates belong, and being placed in Marsupialia with the kangaroos! 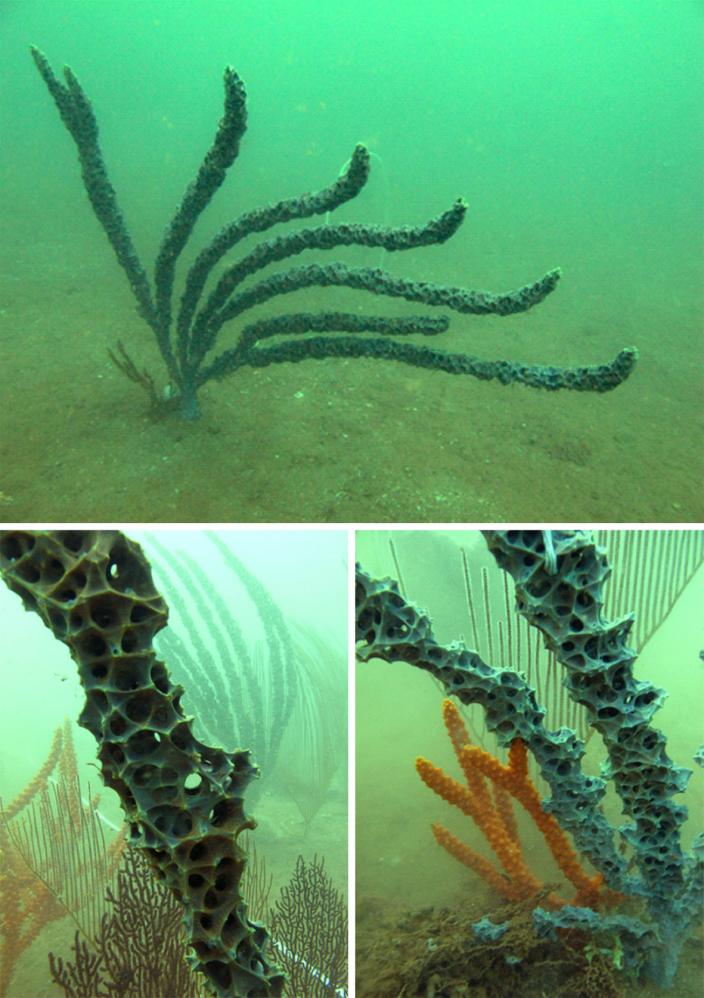