On the Humpback Highway!
By Micheline Jenner AM and Curt Jenner AM
‘We’ve got whales!’
Excitedly, I was referring to the two blows just sighted only a couple of miles ahead of our small inflatable research vessel. With a pair of humpback whales in front and another two animals travelling behind us, moments later I yelled, ‘we are on the humpback highway!’
That was August 5th 1990 and this was the very first research trip of our thirty years of cetacean research in Western Australia. Now, from the deck of the RV Investigator we are plying the same waters along the west coast of Australia. A few hundred kilometres inshore, blows and breaches of humpback whales indicate the northern migration is on cue and underway, they are travelling to their tropical breeding grounds. Humpback whales have spent the austral summer in their Antarctic feeding grounds where they have gorged on krill, Euphausia superba–the keystone species of the Southern Ocean. Ready for 4-5 months on the breeding grounds, they have thick blubber layers, up to one-third of a metre.
The early birds travelling along the coast are the immature males. They will not have access to the females this year, but they know they have to migrate and they have to go somewhere! Learning the route and the successful technique of migrating north and south, without even engaging in the mating activity, is all part of the growing up process. Next on the northern migration are the immature females, the mature males and resting mature females (often with their soon to be separated yearlings) and then last, but not least, the pregnant whales make the journey north to give birth in warm, tropical coastal waters. 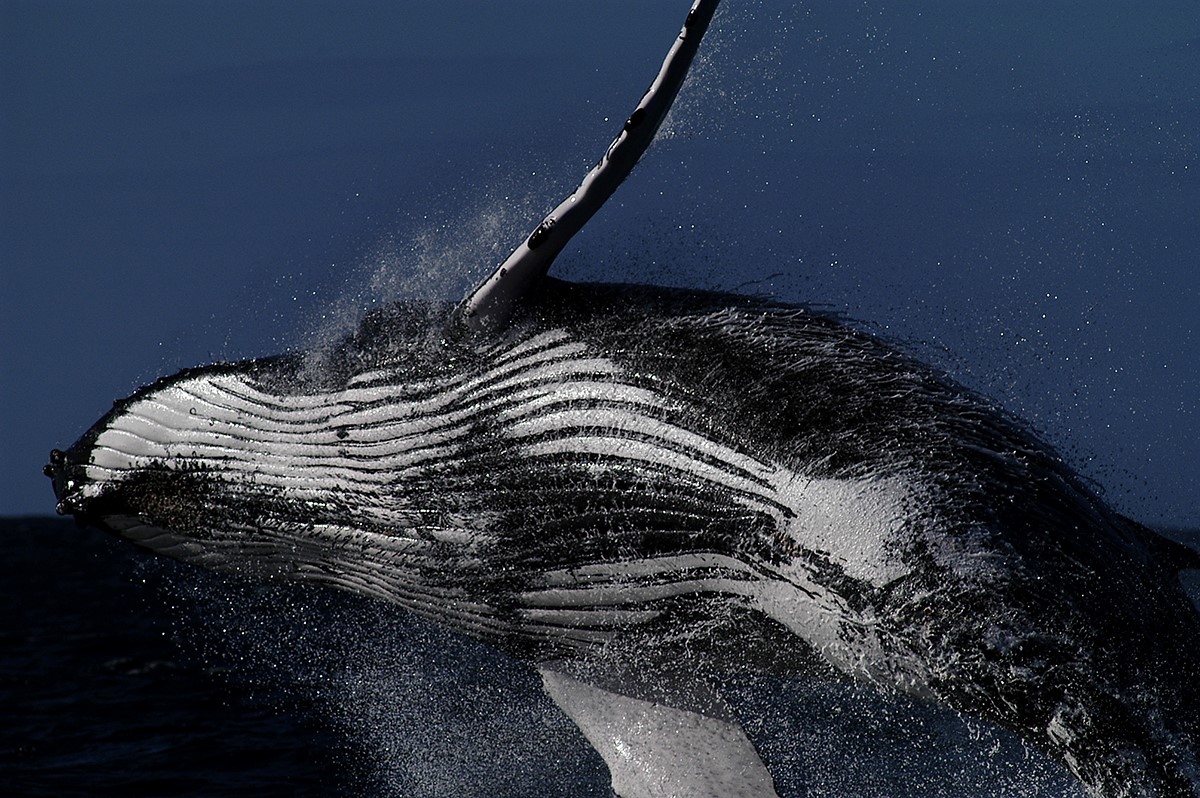 Humpback whales are renowned for their spectacular breaching displays. Leaping clear of the water, breaches can be interpreted as defensive, inquisitive or even playful behaviour. Photo: Micheline Jenner AM.
On our computer, as we are heading south towards Fremantle, the sonobuoys are revealing singing humpback whales. Seven years ago, when we first travelled this coast using this type of sophisticated listening equipment, we recorded a marvellous cacophony of humpback whale song–so boisterous and varied, we called it “Ningaloo Jamboree”. In the spirit of repeating surveys, we hope to record an “Abrolhos Jamboree” with all the beautiful trills, squeals, grunts and groans that humpback whales utter as they travel along the WA coastline.
Humpback whale song is sung by the males–one hypothesis poses that they are advertising their availability to the females during this breeding season. Having heard decades of humpback song ourselves, we can see why the female whales are swayed and the population is doing so well! Another hypothesis proposes that humpback whale song can also be used by “sentinels”, perhaps positioned at prominent landmarks like Northwest Cape, as a means of guiding their fellow humpback whales on their northward or southward migrations. After all, humpback whales make one of the longest migrations of any animals in the animal kingdom of around 13,000 km–a little help along the way might be necessary! 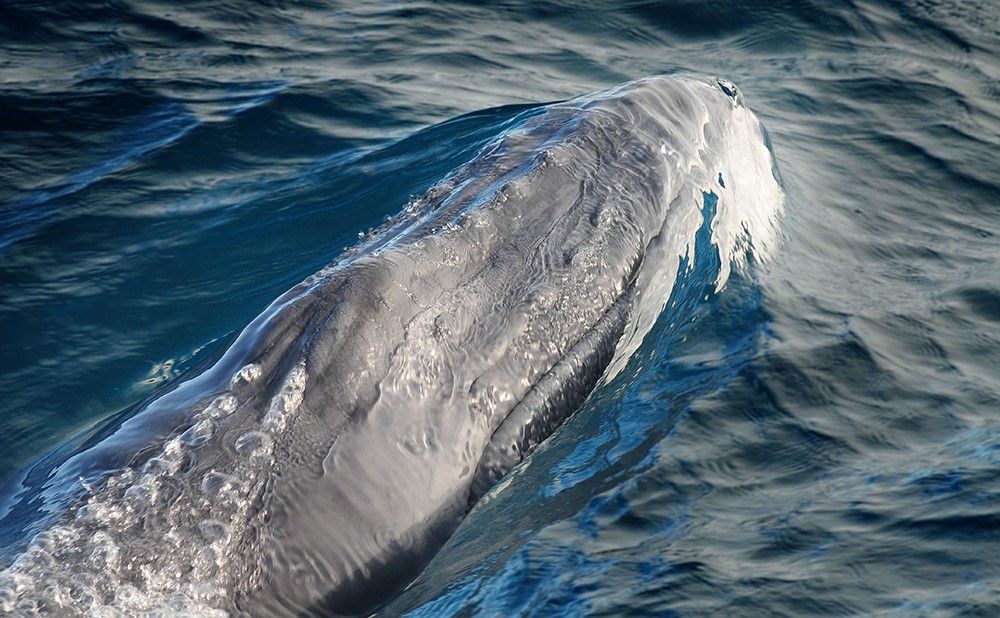 Newborn humpback whales are plentiful along the west coast of Australia. Photo: Micheline Jenner AM.
Humpback whales are flourishing population-wise and, particularly off Western Australia, are most likely near their pre-whaling numbers. With only 200-300 humpback whales left in 1962, it is delightful to see the crop of newborns and yearlings each year as the population steadily increases. With between 40-45,000 whales in the Western Australian population travelling the coast, we might see a large proportion of these whales on this journey. Photos of individual animals collected from RV Investigator will be added to our Centre for Whale Research Humpback Whale Photo-ID Catalogue, which now houses more than 8000 images of over 5500 individuals.
https://wamsi.org.au/wp-content/uploads/2019/06/Investigator.jpg 1365 2184 admin https://wamsi.org.au/wp-content/uploads/2019/04/WAMSI-Logo-300x92.png admin2019-06-12 13:56:442019-10-23 13:12:46On the Humpback Highway – One Ten East Log