The sun is shining, the nets are being pulled in and out and life is good aboard RV Investigator. – Captain Micheline Jenner

Every year in the contemporary ocean, phytoplankton use energy from the sun to take up carbon, nutrients and trace elements, and to transform it into a staggering amount of about 50 billion tons of organic matter. This is referred to as the oceanic net primary production (NPP), and is equivalent to the annual production of terrestrial plant ecosystems. NPP is commonly expressed in grams of carbon fixed per unit time and ocean surface area, e.g., a daily production in grams of Carbon per square metre. Oceanic NPP is thus a major component of the global carbon cycle, because part of the carbon taken up by phytoplankton is balanced by a flux of carbon dioxide (CO2) from the atmosphere to the ocean. This, combined with the transfer of organic matter (carbon) towards the deep ocean, make up what is referred to as the oceanic biological pump of carbon. 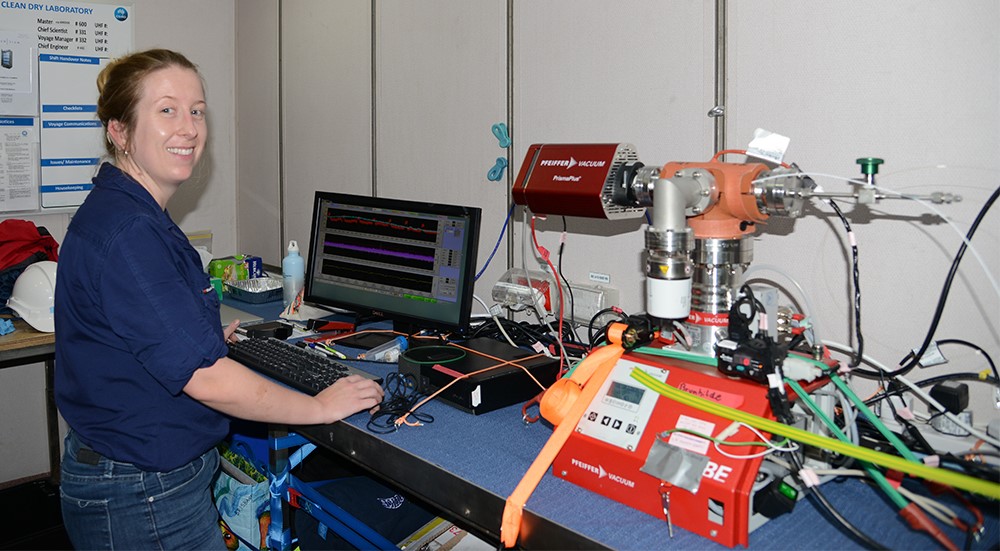 Dr Charlotte Robinson (Curtin University) uses an AC-S spectrophotometer to determine primary production in the continuous flow-through seawater from a sub-surface intake on the RV Investigator. Photo: Micheline Jenner AM.

On the RV Investigator voyage primary production of phytoplankton from different depths of the ocean is being measured using incubations with radioactive Carbon14 in a photosynthetron. These estimates of primary production will be compared with those determined during the first International Indian Ocean Expedition 60 years ago. 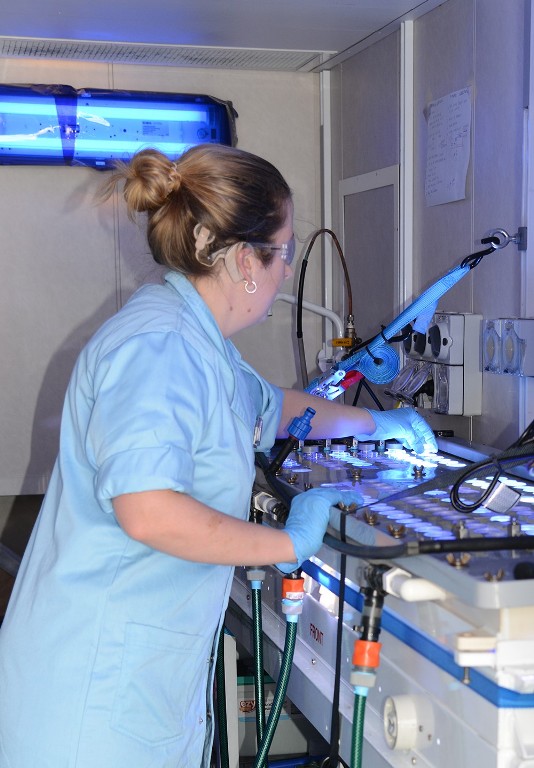 Be sure to follow the daily posts of our One Ten East Logs from the IN2019_V03 aboard RV Investigator at https://iioe-2.incois.gov.in and www.wamsi.org.au.