Notes: Today it is sunny with the wind abating and this is making the optics group very happy!

Although inconspicuous, microbes are the most abundant and diverse organisms in the ocean. Microbes form the base of the marine food web, while their metabolic activities control the chemical transformations that regulate ocean nutrient cycles and global climate.

Among these important chemical cycles is the ocean’s sulphur cycle, which is governed by several important groups of marine microbes. Sulphur is an essential element for all living organisms, while some sulphur compounds are also key components within the chemical cycles that control climatic processes. Specifically, a compound called DMSP (dimethyl sulphoniopropionate) is produced by several species of phytoplankton, which use it for various metabolic functions. DMSP is also an essential resource for marine bacteria, which obtain a significant proportion of their carbon and sulphur requirements from this compound. However, not all bacteria use DMSP in the same way, and this can have a big impact on the chemical cycling processes that influence our climate.

While some bacteria use the sulphur in DMSP to support their growth, others convert the DMSP into another important sulphur molecule called DMS (dimethylsulphide). The relative importance of these two bacterial pathways is significant, because DMS is a gas that is emitted from the ocean into the atmosphere, where it is converted into cloud condensation nuclei, which influence regional climate. 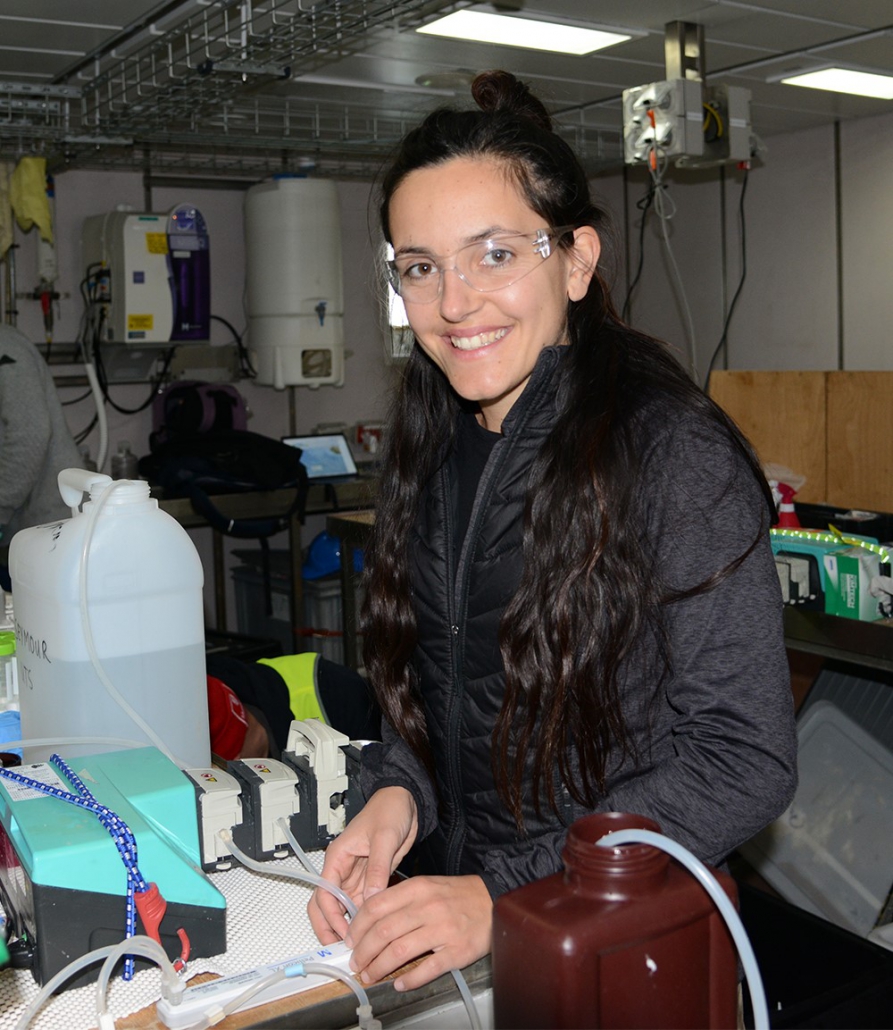 We currently have a very limited understanding of the environmental factors that govern these different microbial-controlled DMSP transformation pathways and how the microbiological characteristics of seawater can ultimately influence climate. Our team, led by James O’Brien and Justin Seymour from the University of Technology Sydney, are using a combination of molecular microbiology and analytical chemistry tools (gas chromatograph) to track the biological drivers of sulphur cycling in the Indian Ocean. The latitudinal extent of this voyage is enabling us to determine how different oceanographic conditions govern these globally important processes.