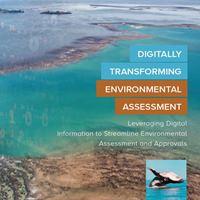 An ambitious project to harness the vast amounts of environmental data being produced in Western Australia that will ultimately improve outcomes for the state has received strong support from the meeting of Environment Ministers with the Commonwealth.

In a statement posted by the Meeting of Environment Ministers the Ministers agreed: to work together to digitally transform environmental assessment systems, providing greater access to shared environmental data, less duplication and greater transparency.

The agreement goes on to state: Delays within the current system are a costly frustration to both proponents and environmental groups and have already been identified as a key area to address within the review of the Environment Protection and Biodiversity Conservation Act under Professor Graeme Samuel.

A report released this month by the project Working Group lists a number of recommendations under two broad catergories: Streamlining Current Environmental Impact Assessments and Developing a Shared Analytic Framework for the Environment (SAFE).

In the report, which uses the Westport freight strategy as a case study, Dr Tom Hatton, EPA Chair and Chair of the Digital Environmental Impact Assessment Working Group describes the project as: “timely given current policy drivers to reform environmental assessment and approval systems”.

“There is an imminent explosion in the volume and variety of data that will help our understanding of the natural environment and biodiversity,” Dr Hatton said. “This includes genetics, species traits, species interactions, population ecologies, and more. With appropriate resourcing, we can establish the systems and skills that will allow us to take advantage of these developments as they occur over the next decade.”