The Western Australian Marine Science Institution is proud to announce that its film collaboration with the Bardi Jawi Rangers and the Australian Institute of Marine Science has won a best film award at the 2021 Mud and Saltwater Short Film Fest.

The annual short film festival, held in Broome and Cygnet Bay, aims to inspire film makers to explore, respect, enjoy and protect remarkable Roebuck Bay and the Kimberley region. The festival showcases the best short films made by professional and amateur filmmakers about this truly remarkable part of the world. 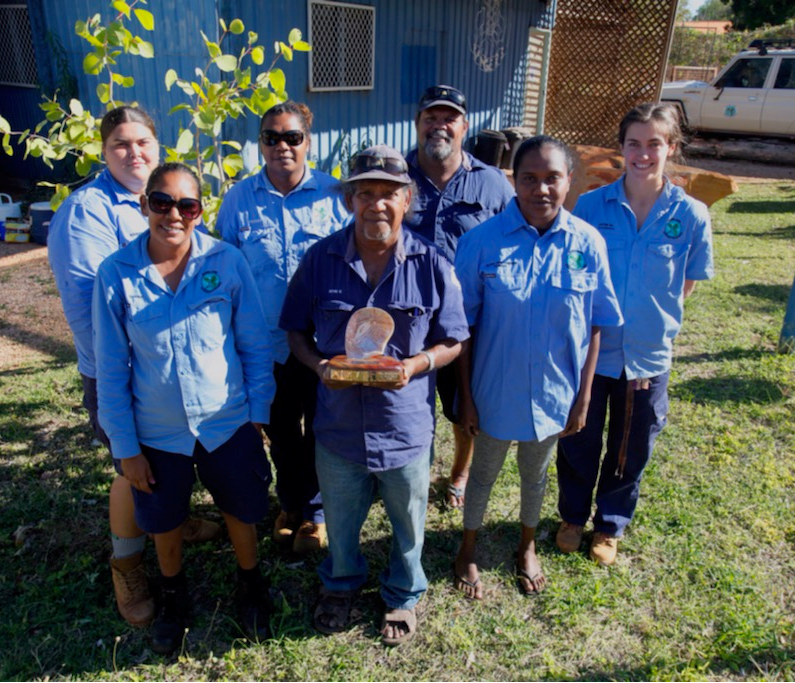 Our short documentary film Gaarragoon Guardians: A Bardi Jawi Rangers’ Story, tells the story of two-way learning between scientists and the Bardi Jawi Rangers who have been monitoring the fish and coral reef to manage the health of sea country on the Dampier Peninsula.

This two-way learning started 10 years ago with the WAMSI Kimberley Marine Research Program (2012-2018) to develop an understanding of how fish, coral and seagrasses sustain the health of the Kimberley marine ecosystem.

When researchers from the Australian Institute of Marine Science returned to Country with some of the results, they found the rangers had a few questions of their own that they wanted answered.

A monitoring program was developed and what we have filmed is a field trip with the Bardi Jawi Rangers and the Australian Institute of Marine Science monitoring partnership in August 2020.

The rangers tell their story of working with scientists to monitor the health of their sea country.

Filmed and edited by Sam Frederick