Returning science knowledge to Traditional Owners on Country has been identified as an important consideration for researchers working in all regions of Australia.

In a recent review of the Western Australian Marine Science Institution’s Kimberley Indigenous Saltwater Science Project processes and protocols for working on Country, WAMSI Science Coordinator Dr Kelly Waples from the Department of Biodiversity Conservation and Attractions (DBCA) found improving communication was a strong theme raised by the Indigenous saltwater groups, Healthy Country Managers and scientists, particularly during the initial introduction, project proposal and the return of information to the community stages.

“Much of the feedback from our survey interviews revolved around developing some communication tools and examples of good communication to assist researchers in not only delivering their results back to the community, but also to include Indigenous perspectives and cultural insights to make them more relevant to the Traditional Owners,” Dr Waples said.

It quickly became apparent that the traditional custodians of Gathaagudu had little knowledge of the large amount of science that had been conducted in the region since 1954, and it was something they wanted to understand.

“Generations of Malgana people attended a three-day workshop where we presented them with large-scale maps, graphs and illustrations that represented the work from more than 700 publications,” Dr Shaw said. “It was quite an emotional realisation I think, that so much research had been done without their knowledge.”

Researchers from the Australian Institute of Marine Science (AIMS), led by Dr Katherine Cure, have also sought to address a call from senior Indigenous leaders and rangers to communicate the findings from their sea country monitoring program in a way that is accessible to all generations and diverse levels of numeracy and literacy.

In 2020/2021 the AIMS scientists visited the Bardi Jawi community at One Arm Point in the state’s North West, where they have established a long-term monitoring program with the Bardi Jawi Rangers. Using results from the monitoring program, the researchers trialled six different communication products during a-week-long workshop in various settings and with several audiences including school students, Elders and the wider community.

Dr Cure says, among the lessons learned, large printed maps with graphical representations of research results presented to small groups for focused interactions worked well. Also, while online ArcGIS Story Maps were more dynamic and visually attractive than PowerPoint presentations, they rely on internet connection; since download speeds in most remote communities is an issue, this needs to be considered.

“We managed to share results of three years of monitoring in several formats with school children, rangers and Elders, and gained some valuable insights,” Dr. Cure said. “We found that while the Rangers can deal with more complex science outputs than Elders or children, it is important to know your audience and discuss reporting outputs and formats with partners in advance. Also, we found that a diverse range of communication materials are needed, including printed maps, graphs, infographics and videos.”

Identifying and referring to species in local language and relating results back to Healthy Country Management plans where possible has also been identified as an important consideration for scientists.

The full summary of the AIMS investigation into sharing monitoring results across generations of Traditional Owners on Sea country can be found here: 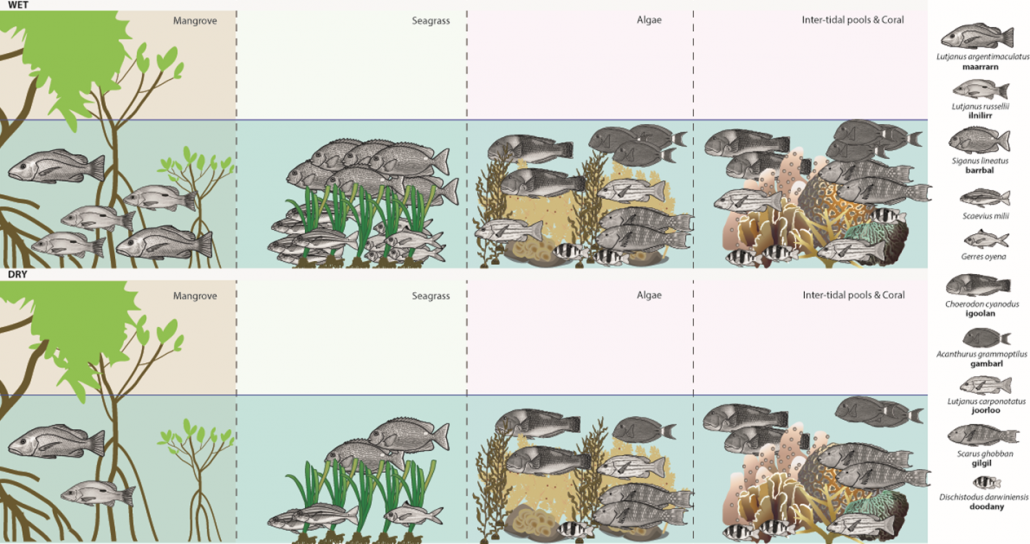